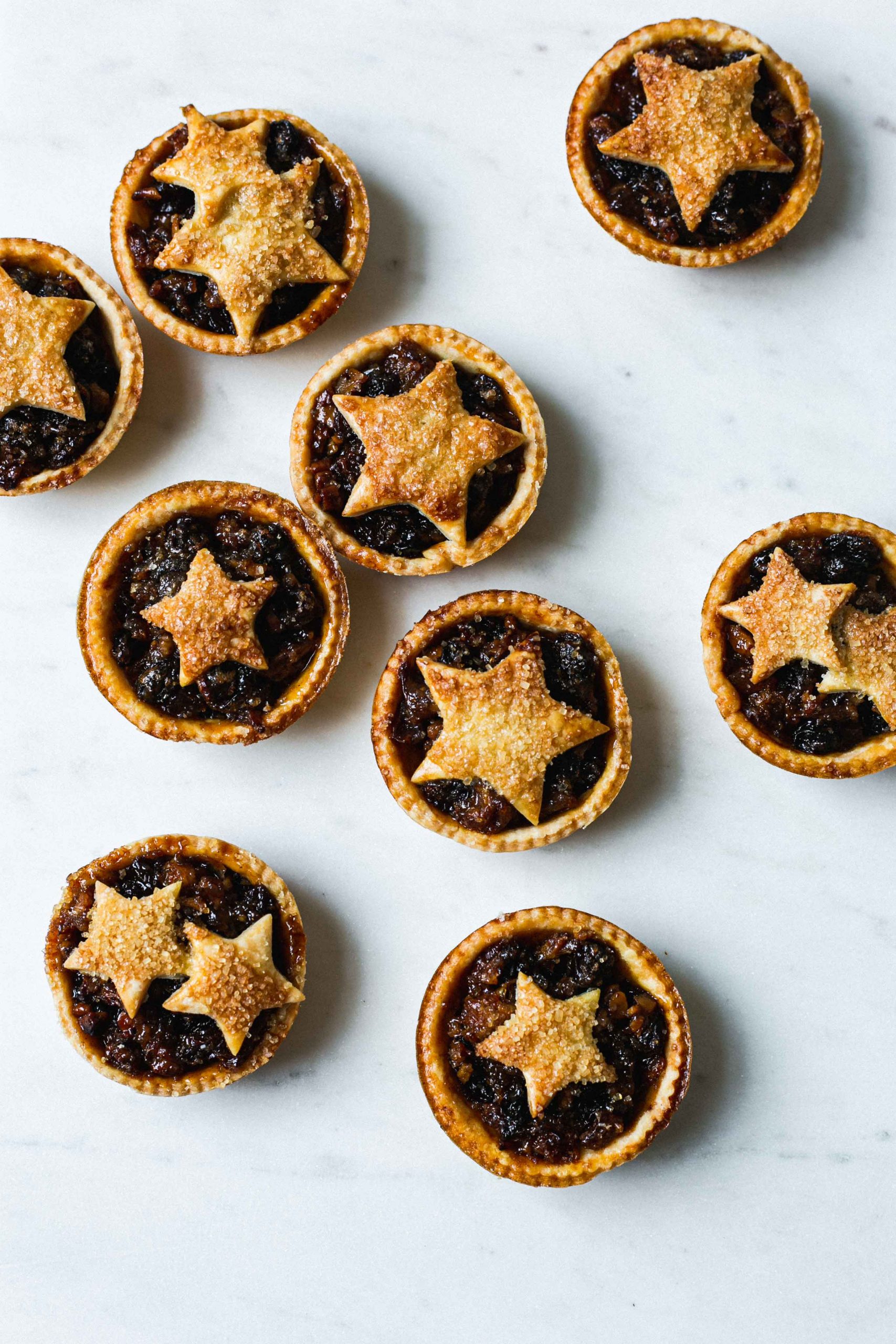 Gluten free and low FODMAP mince pies! With melt-in-the-mouth golden pastry and a delicious mincemeat style filling that tastes just like the real deal. Facing my first Christmas on the low FODMAP diet was tough. I longed for all of the things I couldn’t eat and mince pies were up there at the top of the list. It turns out though, after much glorious testing, that mince pies can be gluten free, low FODMAP and still absolutely delicious. I feel SO strongly that if you do have IBS or a sensitive gut that eating at Christmas can still be a wonderful thing. It might just take a little planning and a few simple swaps, but I promise is so doable. I’m here for you and you’ve got this!

Traditional mincemeat is high FODMAP due to its high dried fruit content and often added apple etc, so I’ve used beautiful bright clementines (which only have trace amounts of FODMAPs) for the base here, along with toasted pecans. There’s still 100g of dried fruit, of the raisin variety, which really helps make these mince pies taste like the real deal. Split between 12 however, it’s within limit for those on the elimination phase. These low FODMAP mince pies are also packed full of spices, dotted with stem ginger and finished with a vanilla and whisky kick. 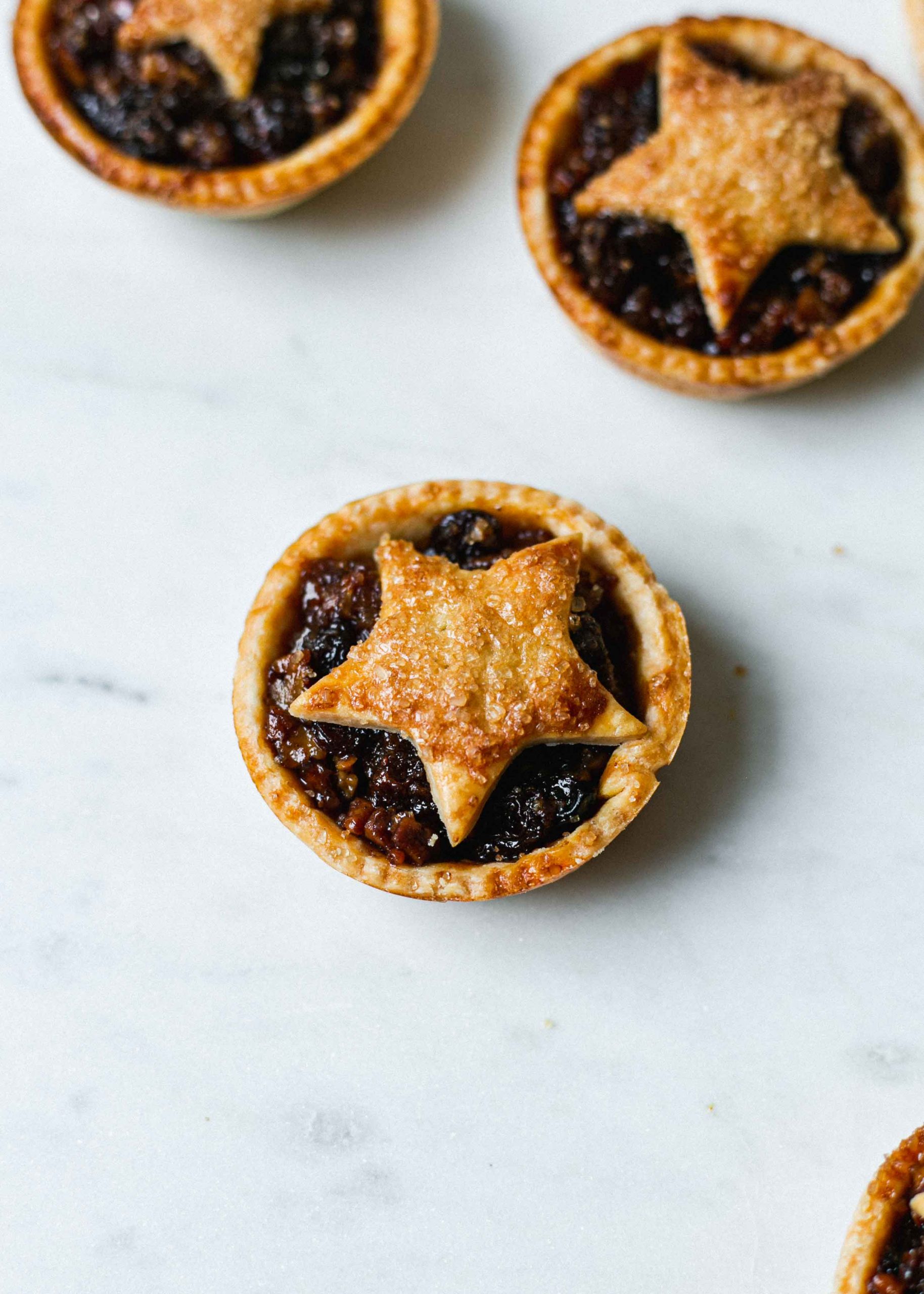 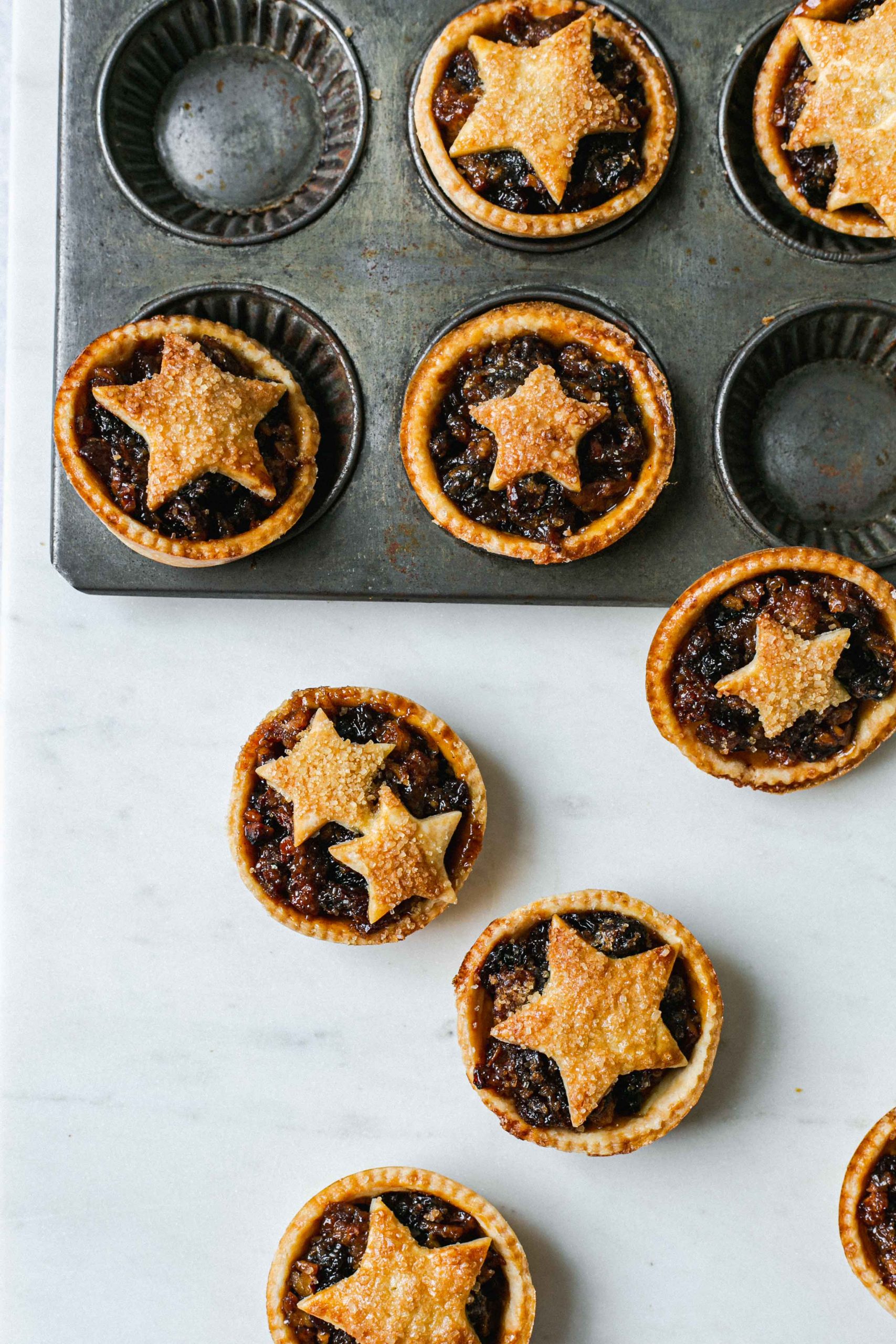 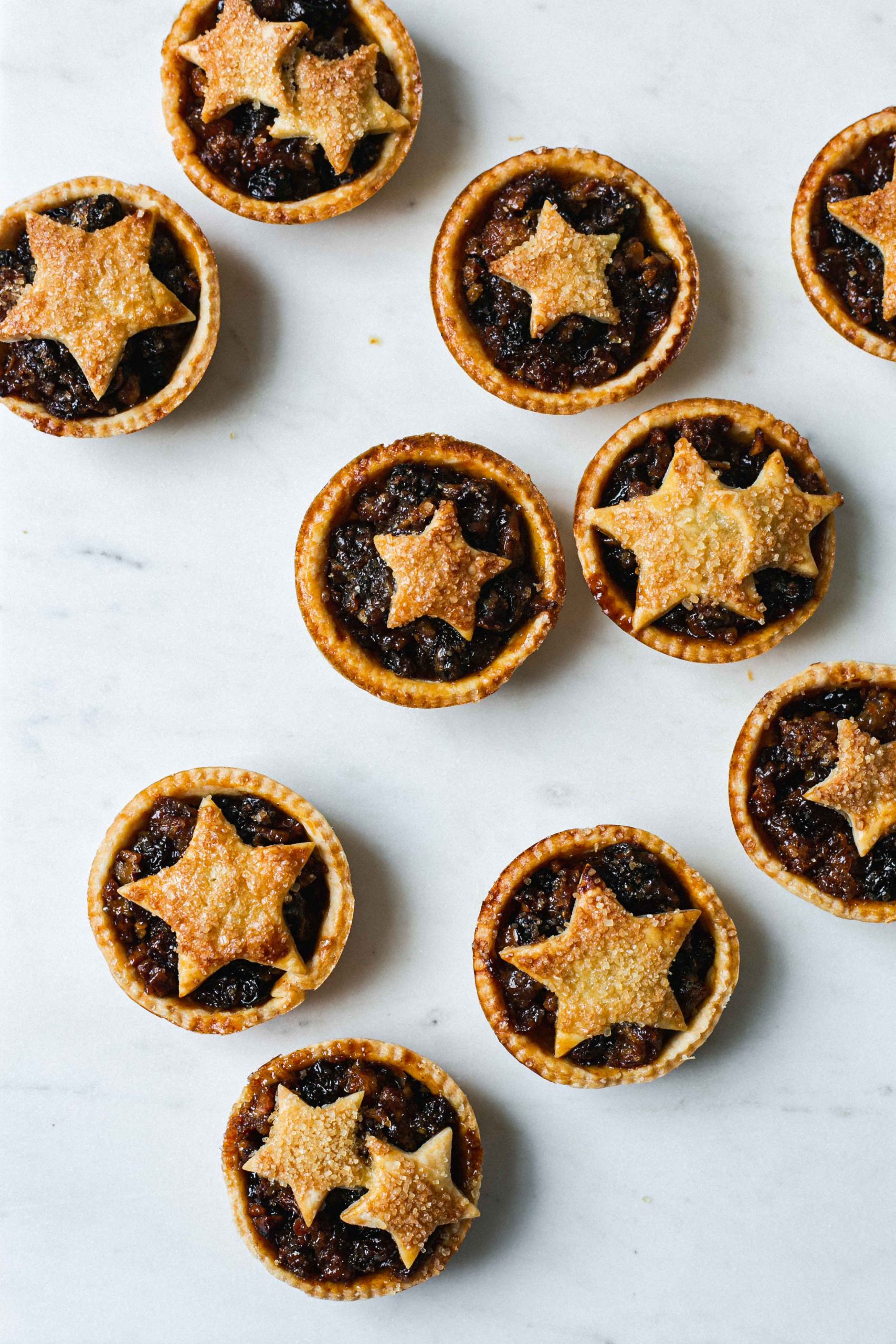 Don’t need this recipe to be lower FODMAP and just gluten free instead? Sub in a good quality jar of mincemeat for the filling and follow the recipe in exactly the same way.

Start the pastry the day before making the mince pies (or at least 5-6 hours). Sift the flour and salt into a bowl with the xanthan gum. Add the butter to the flour mixture and rub in with your fingertips until the mixture resembles fine breadcrumbs. Alternatively, use a food processor and pulse the ingredients to reach this stage (I find this so much easier as I have hot hands!) Stir in the sugar. If you’re using a food processor, tip the ingredients out into a large bowl at this stage.

Whisk the egg and milk together and stir the liquid into the flour mixture, little by little, distributing as quickly as possible with a cutlery knife. You might not need all of the liquid, so see how you go. Too much liquid is often the culprit for tough pastry! Use the flat of the knife to bring the dough together, then pull the pastry together with your hands, tip out onto cling film and shape into a disc, touching the dough as little as possible, but making sure the dough is cohesive and there are no cracks. Wrap tightly and chill in the fridge overnight.

To make the mincemeat, toast the pecans in a pan over a low heat, until just turning golden and fragrant (about 5 minutes). Allow them to cool slightly and then finely chop.

Place the chopped pecans into a big saucepan, along with the clementines, raisins, stem ginger, butter, sugar, spices, salt and the juice and zest of half a lemon. Cook over a low heat, for about 25-30 minutes, stirring every so often. You’re looking for a gooey, condensed and combined mixture that smells delicious.

Remove the pan from the heat and stir through the vanilla extract and whisky. Allow to cool, then decant into sterilised glass jars and store in the fridge until using.

To make the mince pies, preheat your oven to 200°C, 180°C fan, gas mark 6. On a lightly floured surface, roll out the pastry to 3mm thick. Using a round cutter (about 8cm) and small star cutters, cut out 12 bases and 12 or so stars for decoration. Place the bases into a muffin tray and put a heaped tablespoon of mincemeat mixture into each. Top the mincemeat with a pastry star or two, then glaze the tops with the beaten egg, or a splash of milk. Sprinkle with crunchy brown sugar.

Bake the mince pies for 20 minutes, or until golden brown and the pastry feels sandy underneath to the touch. Leave to cool before removing from the muffin tray and dusting with a little icing sugar. 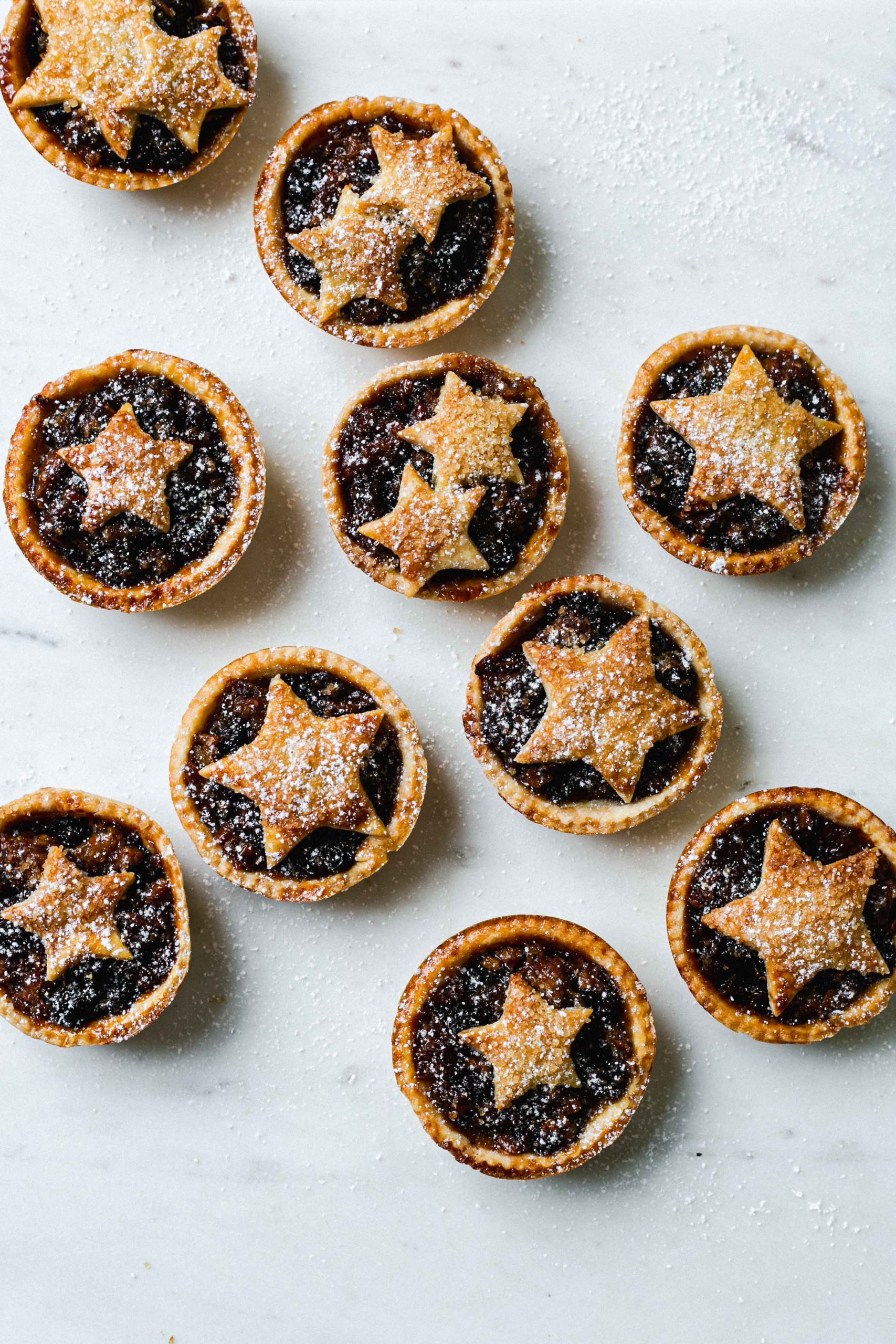 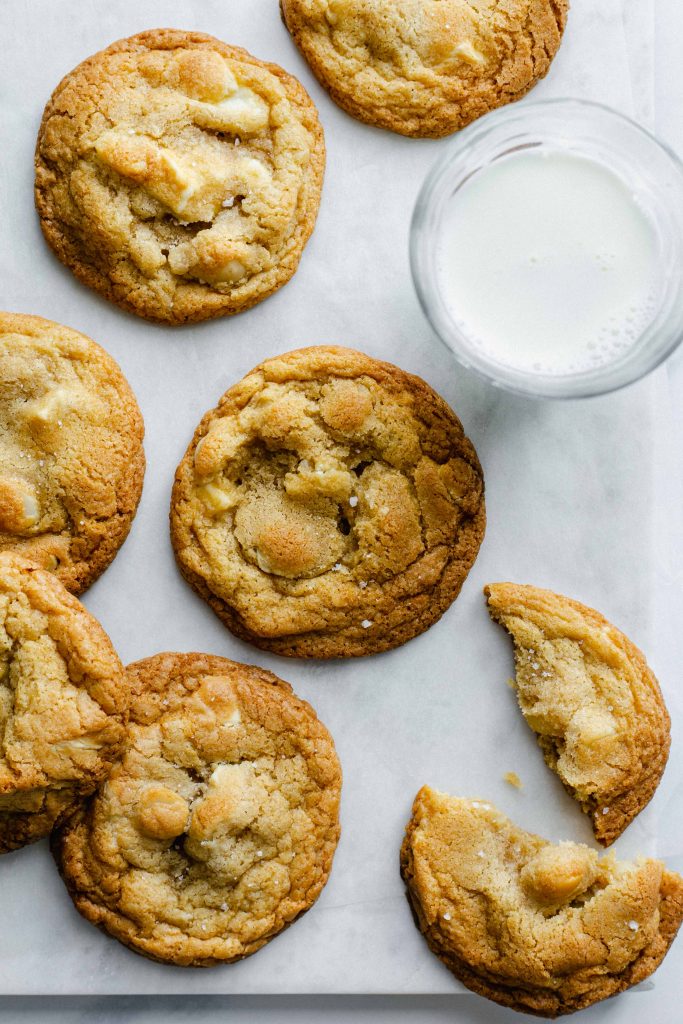 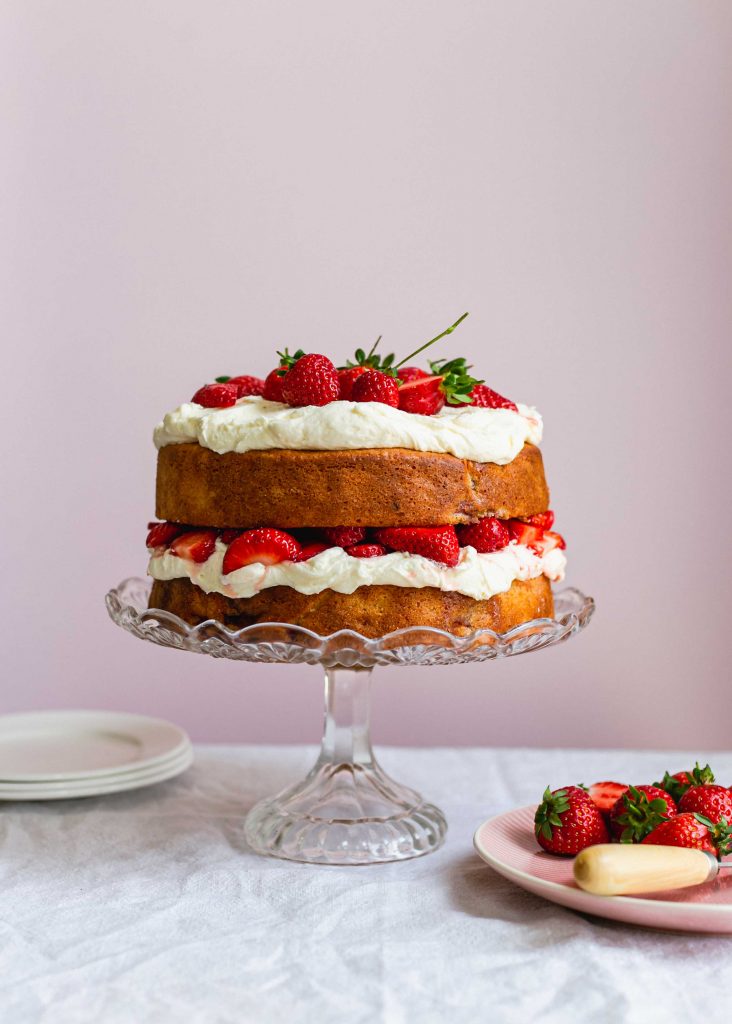 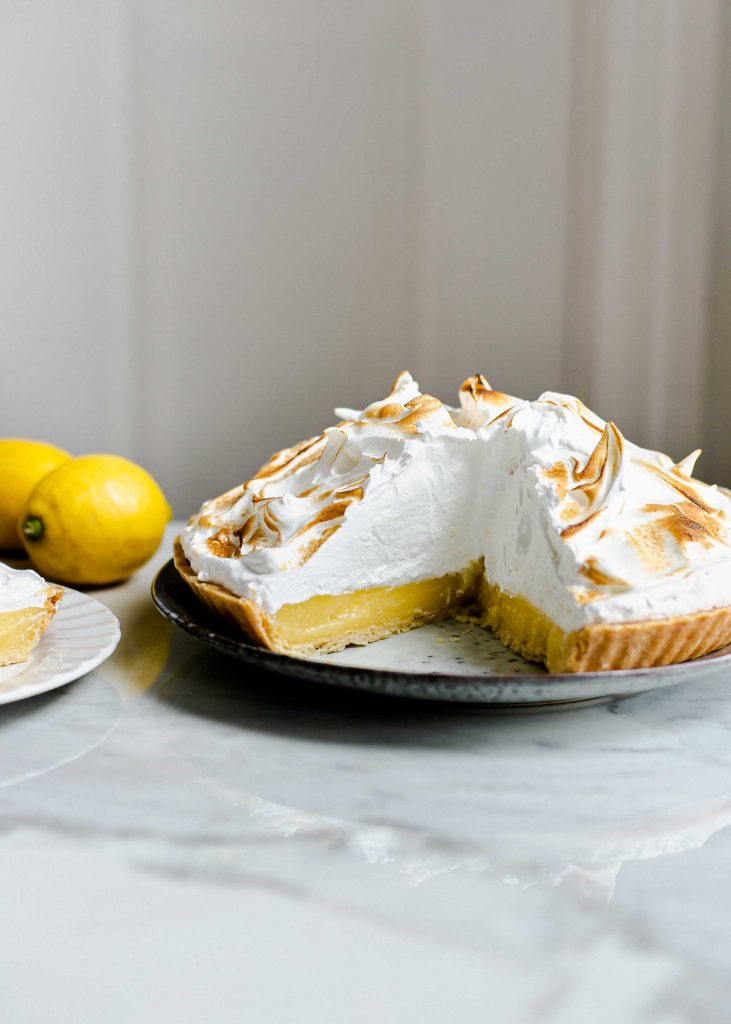